Places and landscapes of the river Platani

The Platani River, originated on the foothills of Sicani Monti, it surrounds the slopes of Monte Cammarata, through different landscapes and after a journey of 103 kilometers, flows into the Sicily Channel at Eraclea Minoa. The Greeks called it Halycos, for its stretches of salt water, the Romans Lycus, then the Arabs Iblâtanu, from which corruption seems to derive its present name, although the etymology refers to other Greek words – Platanion, (the tree of the platano) and PLATAMON (meaning shore, shallow beach or fish pond) – which could allude to some of the river character. 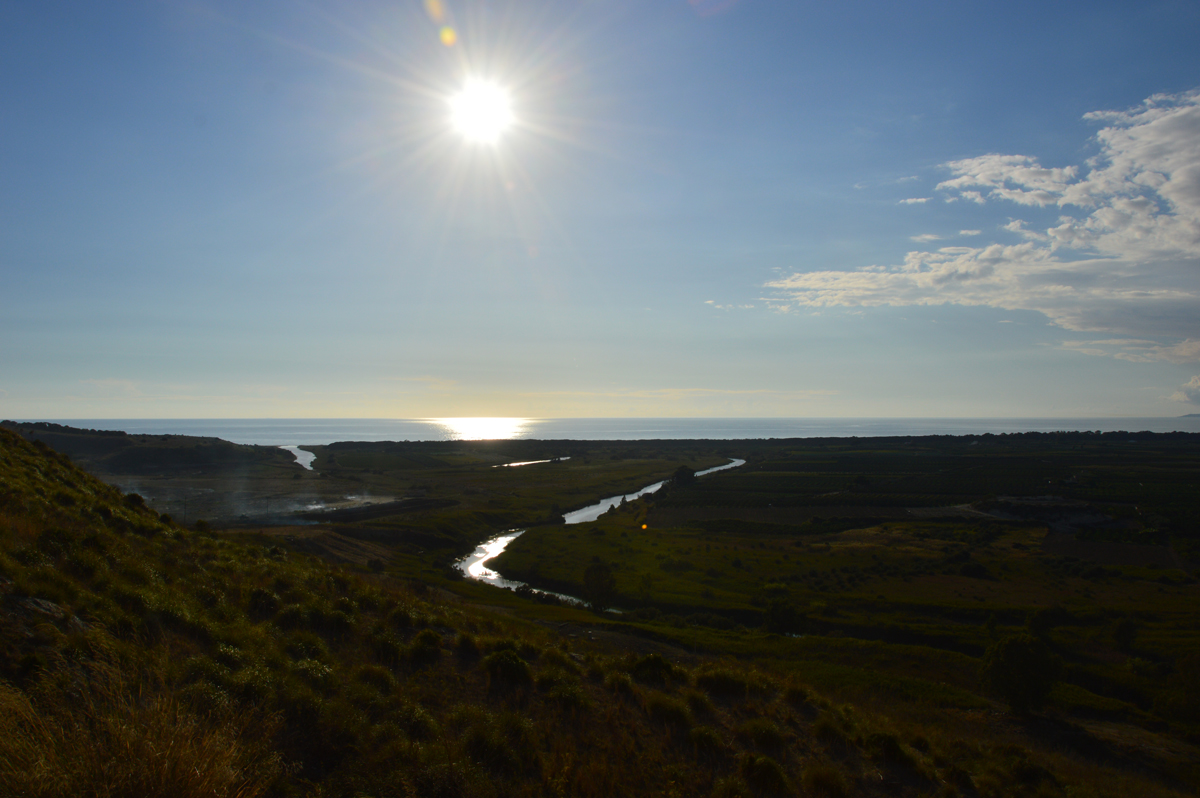 Before you even bind to the history of Sicily, the Platani belongs to the myths and legends of Sicilian, the king Kocalos, of Daedalus and Minos constituting a natural road that led from the sea in the heart of Sicily, among others, along its during important riches contained (the salt and sulfur, wooded areas, fertile soils) which attracted since ancient times both the indigenous people that the people come from far away. 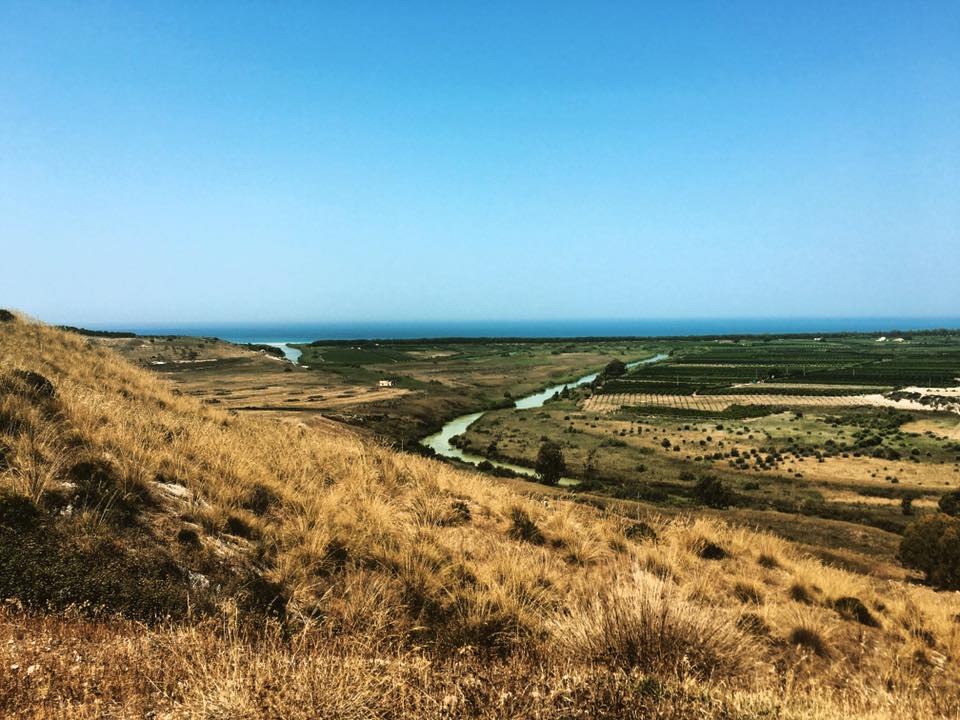 The Platani river is a metaphor of the Sicilian landscape, since it expresses the idea of ​​territorial diversity that distinguishes the many landscapes of Sicily, characterized by complex morphological variability, a rich sampling of natural characters, as well as a stratified human presence; also represents a territory where, for a closer look, you reveal footprints and traces ranging from prehistory to the indigenous populations, until the presence of Phoenician and Greek, Roman and Byzantine, Arab and Norman, and finally to the relatively recent history . So every hill that is related with the river, every bend or lift is a space with a specific identity and in which lurks a story. Then all the stories the river the pieces together into a single narrative, by discovering unexpected continuity, allowing you to read the novel of the territory.

The river has always known a human presence that it has been able to get jobs and wealth, settling in  with the ancient wisdom of the dialogue with the Earth and with time. The man has contributed to building a landscape marked by architecture rooted to the earth, as the sequences of the water mills to grind corn and salt; the pescarie to catch eels; the fascellerie to work riparian vegetation; salt mines and sulfur; fastuchere in the service of the culture of pistachios; the country houses, the beams, the farms; and then the villages needed to arable land, where sometimes you have prolonged the oldest functions (, rest stations, monasteries, rural villas lapsed). At the same time the landscape was formed as the cultivated land has produced generously: the countless crops, the extensive cereal crops, the vineyards and ancient olive groves.

Along the Platani is today successive segments where the river was mortified at times that is predominantly landscapes planted with vegetable gardens and orchards; also remain areas of great natural and unspoiled beauty that appear like unexpected places who allow themselves to discover how space enchanted able to return the idea of ​​primordial landscapes The river is therefore a landscape to be discovered as well as a being without helpless, as protect: to give room for nature, to reconcile the man with the environment, taking care of water, earth, and man himself living there. 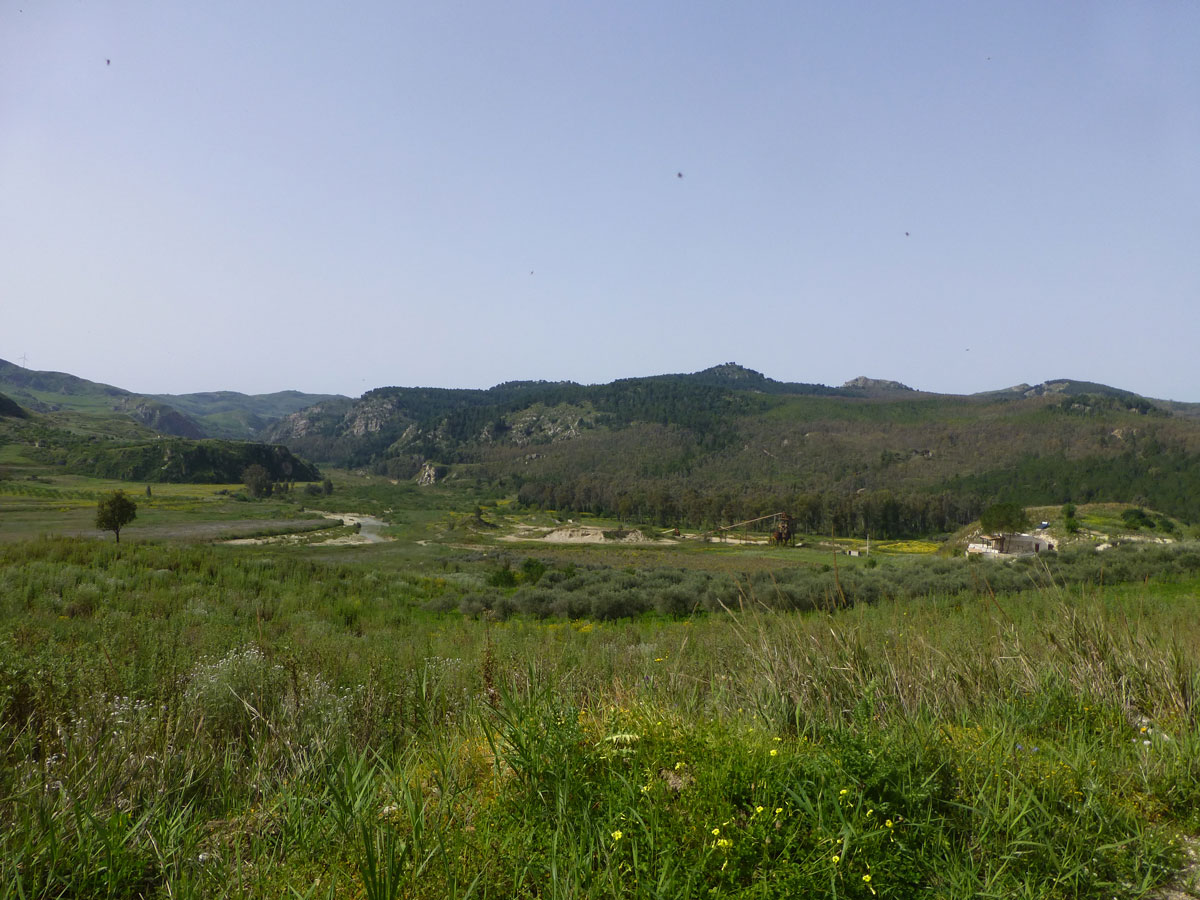